Doodah were relaxing backstage in their dressing room when the door burst open and Ellis, Falcon Boy and Bewilder Bird rushed inside. 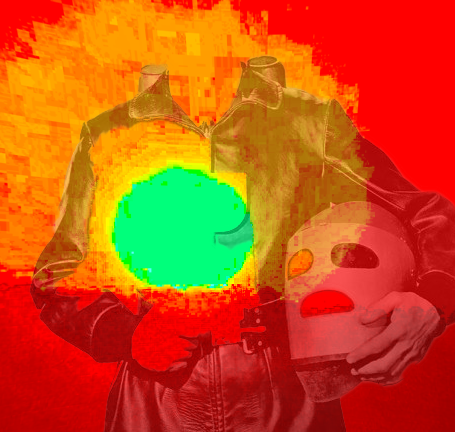 ‘Attention all colleagues and bystanders,’ gushed Falcon Boy, with his chest puffed out and his gauntlets placed firmly on his hips, ‘we are Panic Town’s favourite superheroes, here to save you all from being unwitting pawns in a horrendously evil plan formulated by that master of menace, Dr Don’t Know. I have reason to believe that he is planning to use your concert as the excuse for committing some terrible crime.’

Davey Doodah looked down from his stilts.

‘Pardon?’ he said in that annoying way that some people have of pretending they didn’t hear what you said, when everyone knows that they did and are only saying this be annoying. Falcon Boy didn’t understand.

‘Are you?’ interrupted Davey. The same principle as before also applies to this phrase.

‘You are,’ said Davey annoyingly again, with the emphasis on the ‘are’, enjoying the game he was playing.

Falcon Boy was ready to speak again when Deirdre angrily interrupted him.

‘I specifically requested that all backing dancers be dressed as tie-dye unicorns for the opening number,’ she huffed angrily. ‘I said nothing about scruffy masks, tattered capes and annoying-looking children.’

For all the latest breaking news why not follow the Rebel Robot MCs? @RebelRobotMCs